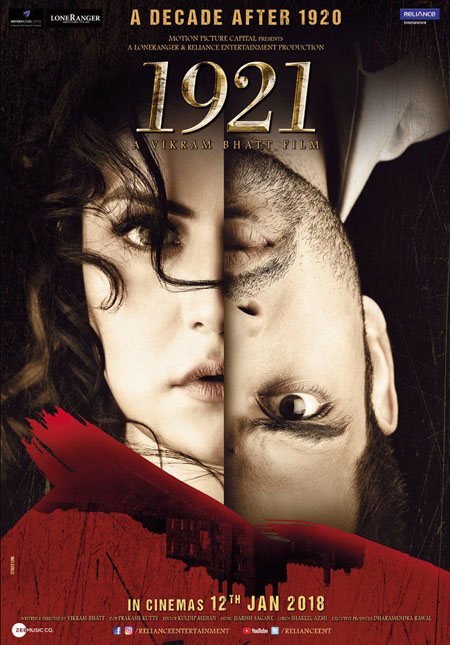 1921 Horror Movie All Songs Lyrics Videos: 1921 is an 2018 Indian Bollywood Hindi horror film, directed and produced by Vikram Bhatt, under his banner of LoneRanger Productions. It is the fourth film in the 1920 film series. The film will stars Zarine Khan and Karan Kundra in lead roles. The film will be released on 12 January 2018.

The music of 1921 is composed by Harish Sagane, Asad Khan and Pranit Mawale while the lyrics have been penned by Shakeel Azmi and Raqueeb Alam. The first track of the film titled as "Sunn Le Zara" which is sung by Arnab Dutta. The second single to be released was "Kuch Iss Tarah" which is also sung by Arnab Dutta. The music of the film was officially released by Zee Music Company on 22 December 2017.